My Santa-esque comeback to the blogging world 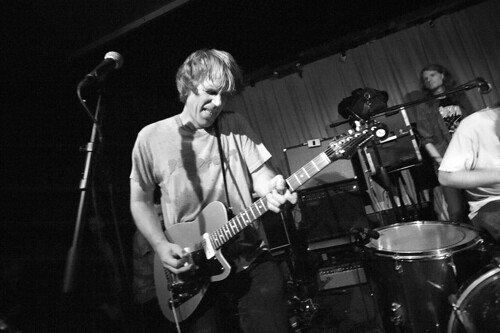 Holy shit it has been a long time since I’ve even looked at my website. I want to say it’s been over a year and a half, but I’m too lazy to do the math.

Laziness isn’t in my nature — the reason I came down with a severe case of it was the new addition to my family, little Matilda Mae. She’s wonderful but as any father will tell you, being a dad is exhausting. Juggling fatherhood, a full-time job and three musical projects is enough to suck all the motivation and desire to keep this site up to snuff.

But of course I’m just making excuses like every other time I’ve taken a big break from updating Lemon Session. To be honest there’s been plenty of times I could have updated the site but instead I found myself drinking beer and watching bad music videos from the ’80s. I’ll admit it — I’m fucking pathetic.

Thankfully somebody cared — Monoshock, who I recorded when they played a reunion show back in July at the Hemlock, sent me an email recently asking — rather nicely mind you –when I was going to post these amazing live tracks (below) that they had kindly let me capture way back when.
A good chunk of the tracks just needed another remix, the third since I sent the roughs to Monoshock. Sadly, the rest of the tracks are plagued by technical difficulties (Grady’s guitar drops out during the solo Crypto-zoological disaster because someone was stumbling over my shitty mic cord) or they just don’t meet the band’s high standards (which is why Hawkwind Show isn’t on here.) So what you see is what you get, and be thankful it’s free.

I’d just like to take a moment to thanks these people for helping out with this recording/post — Grady of Monoshock, Tony at the Hemlock/Icky Boyfriends, Mark “Icky” Murrman (who was super awesome and let me use the picture seen above), and Scott from SS Records. You’re all beautiful people damn it.