Records on the way, so pre-order now! 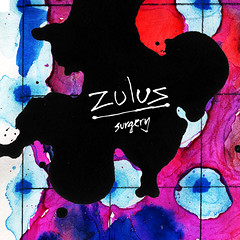 It’s the week after my 31st birthday, so it’s time to get off my ass and start doing something responsible and doesn’t pay.

Though I’ve been side-tracked by big projects at work and baby-making at home, I have finished mixes on the recordings from the SS10 shows. Sadly, I can’t tell you what’s going to happen with them as I’m still in the dark, but you’ll be seeing some posted here soon.

I recently grabbed a decent recording of Raw Nite, which features members of Tractor Sex Fatality and the Lemon Session “Bromeos” known as Butcher Cover. The shit is pretty much ready-to-go, so you should be seeing some songs from their set at the Stork Club up here sooner than later.

The big news? It looks like I’ll be recording the Budget Rock shows, once all the bands give me the okay. Keep your fingers crossed for that.

That being said, those waiting for the next two releases on Lemon Session should be happy to know that they will be arriving at my house in the next day or two.*

So, even though it’s probably considered a “pre-order” since the records won’t be ready for sale for a few days, you can buy them now.

Because these are small presses with color covers, the price is going up a $1.25 to off-set the costs.

In celebration of the new releases, the dudes from Zulus have provided me some bonus recordings for free download. (The Von Zippers provided some tracks that were posted a few months ago, which can be heard here.)

Click on the pictures on the right to order the singles. Thanks, and please tell your friends to buy some goddamn records.