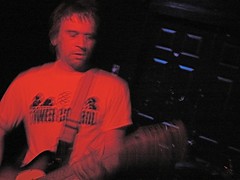 Hey, great seeing you again! Thanks so much for coming by and grabbing some free stuff. This post is a real treat for those who love lo-fi live recordings of crazy punk bands — if it were the 90s, you’d be trading this shit on cassette.

But before you go running off to download the free songs posted below, make sure you take a second and check out the releases page. We got records in the can, ready to go and the only thing that’s stopping us is the money part. All that I ask is that if you like what you see and hear here, buy some records.

Anyway, I’m hours away from having huge chunks of my throat cut out, and adopting a diet of ice cream and
Percocet. This week’s recording is from the Homostupids, the best spastic punk band out there right now.

Unlike my most recent posts, this isn’t from a show recorded months or years ago. It’s from March, so I am definitely patting myself on the back for this post. 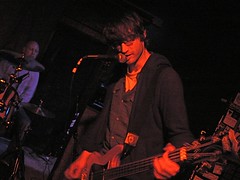 Sadly, though the show was full of energy and chaos, it wasn’t the band’s tightest set, as exemplified by their opening number, Beneath The Blackman (my fave song), which practically fell apart (and I didn’t post below.) The bass player was asking for weed earlier in the night and I think he had found some right before they took the stage…

Still, this was a fucking great set that also included hits like “Apeshit” and “Fishboys” as well as shack shakers from their newest LP, “Strawberry, Orange, Peach, Bananna.” One of which, Starman, was thrown in their twice, probably for inside joke purposes.

Sadly, I could not include the sweet shit talking, such as when the band announced they would play the song Starman and some dude exclaimed that he had the movie on LaserDisc. The singer/guitarist then replied, “We’ll play that shit for you and your fucking laser disc, which you probably didn’t pay for, fucktard!”

*Audio nerds, take note: I didn’t use the full setup, just a Zoom h4 and a Rode NT4.