Well, there went the momentum 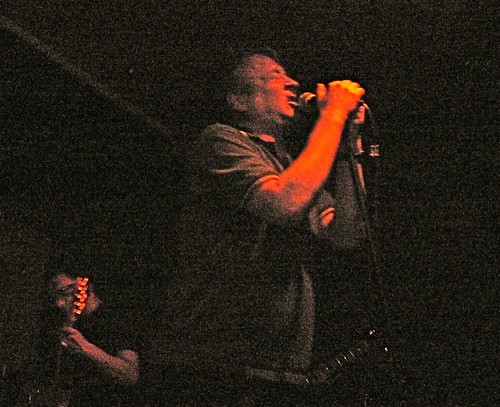 Jesus christ where the hell does the time go?! And WHERE THE HELL ARE MY PRIORITIES?!!! When I should’ve been posting sweet live recordings *cough* and news about all the amazing shit going on at my label, I wasted my time looking at eBay for crap and listening to podcasts. (Disclaimer: listening to the Best Show On WFMU is not a waste of time. Exhibit A Click and hear.*)

To be honest, I’ve actually been working hard on future posts, in the hope of cranking out at least one a week for at least a few upcoming weeks, but we’ll see — being that I have no attention span whatsoever, any kind of regularity to this is something worth celebrating.

This week: a 2010 recording of SF’s oldest teenagers, Hank IV.

This recording has been in the vaults since last year, but with good reason — there were a few technical errors during the show, all of which were my fault. Basically I did the entire session by myself after going months without doing any recording; was rushed to get everything set up and going (didn’t move fast enough); and I forgot to check my equipment before leaving.

So, three things ring loud and clear in these recordings: 1. The general absence of bass guitar, a result of me forgetting to plug in the mic that was placed in front of the bass amp. 2. The lack of introductions to a few of the songs, which I was unable capture after I had stopped recording a few times (when trying to figure out why I wasn’t hearing any bass guitar) because my computer took too long to start up again. And 3. A clearly horrible technical issue with one of the guitars, which was all the fault of a shitty mic cord.

I was aware of the issues soon after the set ended and I felt really bad, especially after telling Hank IV guitarist and Hemlock promoter Tony Bedard of the issues. Tony’s a great guy who I can actually talk to, and who always books my bands and let’s me record other bands. When I told him about the technical issues during the recording, I could see the disappointment on his face. But that lasted only a second or two, and then he replied, “Well, I bet it’s still better than that live recording of the Electric Eels!”

By the way, I’ve already signed up to record Hank IV again during the SS Records 10th Anniversary shows, along with a bunch of other bands, so look forward to that. Also, go to the releases page and buy some damn records!

*The clip of Tom Scharpling is from the second part of the Best Show On WFMU’s 2011 Marathon, which aired on March 3, 2011. It should be noted that Tom said that after he had been informed that I had made a “generous” contribution to the station during the marathon.