Keeping up the momentum, kind of 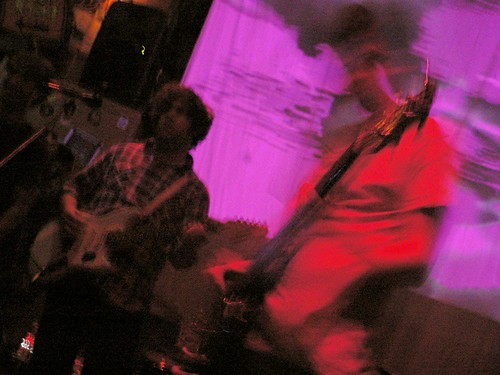 Well, I missed the weekly deadline I gave myself, but at least I made the second week! Yep, I’m staying alive and moving along, lining up a bunch more recordings to give away for free. Just last week I captured both Little Queenie and the almighty HOMOSTUPIDS, which I should be getting up sooner rather than later. (Sadly, my recording device corrupted the amazing 1/2-hour set from Butcher Cover and its proving to be impossible to salvage.)

By the way, thanks to everybody who started buying up singles from the Lemon Session Singles Club 2010 once they were made available for individual purchase. Note to all interested — the Aluminum Knot Eye records are being bought up a few at a time, so make sure to buy one before they’re gone.

This was recorded when the band went on a tour through the west coast to who-knows-where (I know I forgot.) I rushed over to the First Church Of The Buzzard, in a crappy part of west Oakland, and could only bring my 2-track recorder.

Though I had to search for a sweet spot during Butcher Cover’s set (thereby only getting half of it…. uggh) it was perfect for Sex Church’s modern psych set. After Butcher Cover’s blast of blown-out insanity and the amount of dope smoking going on in the venue (if only the church’s congregation knew!), the crowd was primed for goth-tinged space jams that Sex Church brought.

Afterward, Sex Church came back to my place and became the first rock band to stay at my new house. Sadly, the jacuzzi wasn’t up and running yet, so our rock star partying was limited to beers and episodes of “Louie” on my DVR.